In some cases, uranium is extracted from low-grade ore by heap leaching. This may be done if the uranium contents is too low for the ore to be economically processed in a uranium mill. The crushed ore is placed on a leaching pad with a liner. The leaching agent (alkaline, or sulfuric acid) is introduced on the top of the pile and percolates down until it reaches the liner below the pile, where it is caught and pumped to a processing plant.
After completion of the leaching process (within months to years), the leached ore (spent ore, or "ripios") is either left in place, or removed to a disposal site, and new ore is placed on the leach pad (so-called on/off scheme, or dynamic heap leaching).

During leaching, the piles present a hazard because of release of dust, radon gas and leaching liquid.

Upon termination of the designated leaching period, the material initially still is saturated with leaching liquid, leading to continued leaching of uranium and other constituents (many of which are radioactive and/or toxic).
But, even if the residual leaching liquid is neutralized, a longterm problem may still result from naturally induced leaching, if the ore contains the mineral pyrite (FeS2), as with the uranium deposits in Thuringia, Germany, for example). Then, acces of water and air may cause continuous bacterially induced production of sulfuric acid inside the pile, which results in the leaching of uranium and other contaminants for centuries and possibly permanent contamination of ground water. 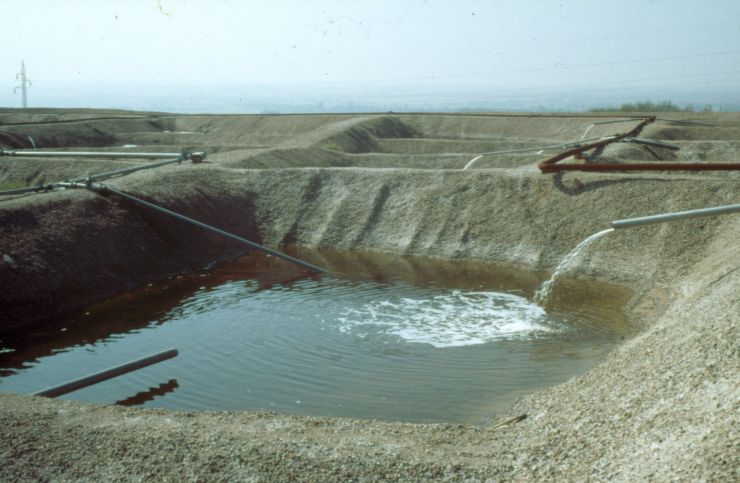 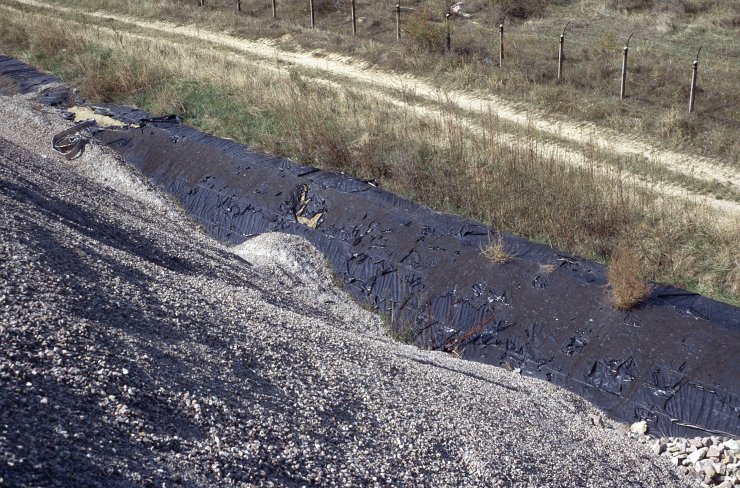 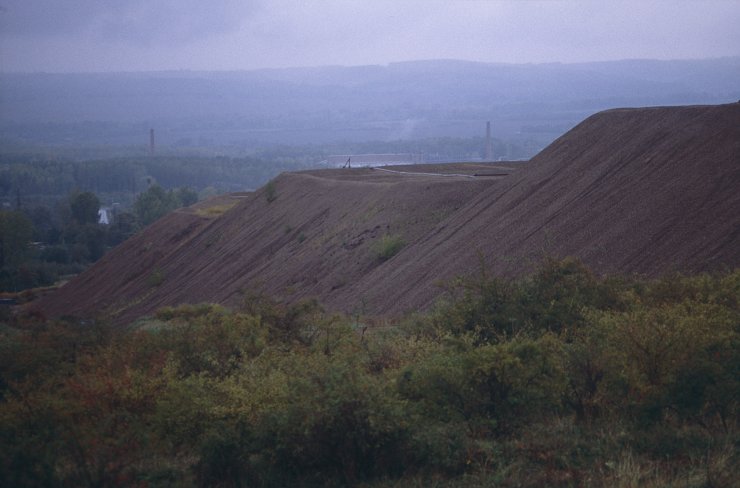